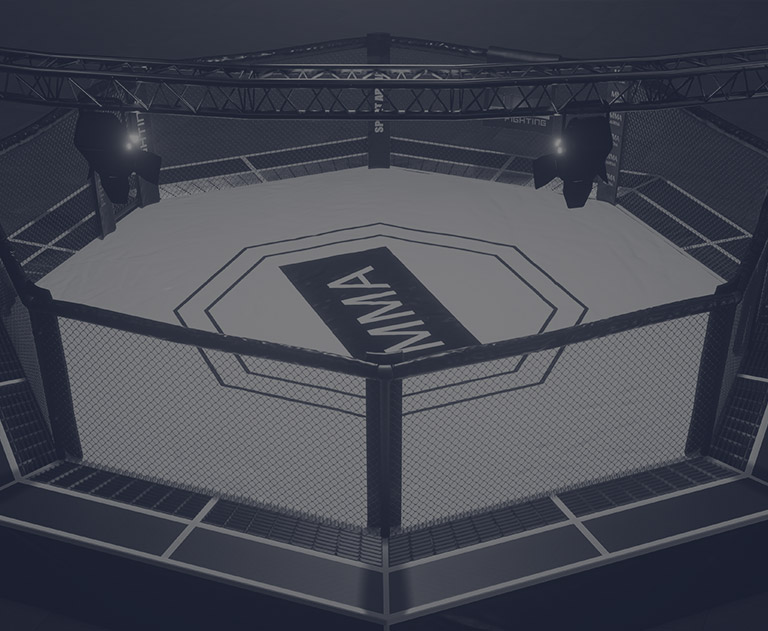 Close to Three Decades Worth of Growth and Excellence

Trust Ohmbet to deliver all the best odds, the most compelling matchups, and the most up-to-date betting system in a list of UFC events around the globe.

Ultimate Fighting Championship is, without a shadow of a doubt, the largest mixed martial arts organisation in the entire world. Based in the United States of America, in Las Vegas, Nevada to be specific, the company is currently owned and operated by parent firm Endeavor Group Holdings (formerly known as William Morris Endeavor Entertainment).

On November 12, 1993, the organisation held its first event in Denver, Colorado, USA at the McNichols Sports Arena, and featured a one-day, eight-man tournament to determine the most effective martial arts discipline in the world. For forward to today, the promotion, led by present-day president Dana White, has been synonymous to the sport of MMA and has increased its reach to a worldwide market.

So far, the list of UFC events span more than 500 fight cards, ranging from numbered pay-per-views, to cable television specials, to even international bouts, and has grown into a billion-dollar sporting enterprise. It has also signed TV deals with various broadcast companies — significantly with ESPN, as well as successfully gained new fans in North America and tapped into global markets such as Australia, Asia, and Europe.

Saying that the MMA promotion has increased its popularity over the years is definitely a huge understatement. With a total revenue reaching billions and billions of dollars, coupled with equally valuable domestic media rights agreement, it’s now reached mainstream media coverage and popularity.

These days, it’s rare for someone to ask: “what is UFC?” However, aside from continuously growing and establishing its worldwide sporting dominance, and transforming its fighters into household names, MMA as a whole also opened a lot of doors for fans to truly enjoy the sport albeit in a fairly different environment: sports betting.

How to Bet On
UFC Events?

Considering the one-of-a-kind excitement it brings to the table and the type of knowledge it requires from its patrons, sports betting has become sort of a norm these days. There’s no denying that for a relatively new combat sport like MMA, betting on fights not only presents gamblers the chance to win big, it also shines a much-needed spotlight on the sport itself.

In hindsight, betting on UFC has a lot of intricacies involved, which thankfully Ohmbet sheds light on to teach sports bettors of all levels the basics and market to them all the thrilling promos. The key in all of these is to research, research, and research — it’s that simple, really.

Ohmbet constantly offers boosted odds, which is sort of a bonus scheme to improve a sports bettor’s chances of winning in specific choices across a list of UFC events. Again, everything boils down to research, as it’s highly advisable for gamblers to check on the website’s bet guide with the best possible markets.

There are also weekly specials for a plethora of UFC events, which essentially offers two possibilities for: the aforementioned boosted odds and new markets. For its part, new markets is the result of Ohmbet’s creation of up-to-the-minute possibilities, betting schemes so to speak.

In hindsight, Ohmbet presents its bettors plenty of opportunities to increase their chances of winning. All they have to do is study up, research, and put their money where their mouths are.

Who are the most
Popular Champions?

A lot of champions have made a name for themselves in a number of significant UFC events. There are many to mention, really, but from an odds standpoint, particularly those underdogs who have risen to the occasion and defied the numbers against them, it’s worth noting them here.

Since 2005, there are a handful of UFC champions who have bravely faced the odds stacked against them to come out victorious.

Almost anyone can remember Matt Serra — a 9.5 betting underdog at that time — who, after winning The Ultimate Fighter 4 Welterweight Tournament, knocked out then UFC Champion Georges St-Pierre. There’s also Frankie Edgar capturing his first-ever world championship belt after beating BJ Penn who was a 1.13 favourite in the Abu Dhabi, UAE card.

In the women’s division, nobody can forget the head kick heard around the world when Holly Holm shocked not just the MMA but the whole combat sports community after stopping the once untouchable Ronda Rousey in Melbourne, Australia despite being a huge 9.3 underdog. Rose Namajunas, in her first fight with then women’s strawweight titleholder Joanna Jedrzejczyk, came into the contest as a heavy 6.0 underdog before knocking the undefeated champ a little over three minutes in round one.

These are all just the tip of the iceberg in terms of the most popular, most notable UFC champions. Considering how anything can happen at anytime in MMA, it’s no surprise the sport’s unpredictability greatly contributes to its global popularity.

How To Watch
UFC In the UK?

A specific list of UFC events are shown in an array of cable and free-to-air channels across various continents. The question, however, in some people’s minds remains: “how to watch UFC in the UK?”

To put it simply, BT Sport owns exclusive broadcast rights to all UFC events, so fans from the United Kingdom and Ireland can watch numbered pay-per-view events with no extra charge. BT Sport 2, on the flip side, often broadcast Fight Night cards.

BT Sport also offers a user-friendly app and website for diehard fans, so they can watch the fights wherever they are using their mobile devices. These live stream services, however, come with a reasonable monthly subscription fee of £25 — compared to the standard US rate of roughly $65 for a single event.

WHen are the
Next UFC Events?

Thankfully there seems to be no shortage of UFC events, as the company often produces fight cards on a regular basis. Apart from putting together UFC London and other events across the pond, the MMA outfit is consistently reaching out to audiences in Australia, Asia, and other parts of Europe.

Of all the international fight cards, UFC London bouts are arguably some of the most significant. The organisation has so far produced five numbered PPV cards in the city, with the first being the so-called Brawl at the Hall headlined by welterweight legends Matt Hughes and Carlos Newton.

UFC London also had its fair share of memorable instances, particularly the champion versus champion bout of Quinton “Rampage” Jackson and Dan Henderson, as well as the establishment of Michael Bisping as a future Hall of Famer. There was also the reemergence of Jorge Masvidal as a legitimate welterweight contender after knocking out local favourite Darren Till in a Fight Night card at the O2 Arena.

For more tips on how to bet on UFC Fight Night, or information on upcoming events on the UFC schedule, please remember to check out and support Ohmbet.

"Ohmbet.co.uk is operated by Vivaro Limited, a company registered in Malta with registration number C45929 and having its registered address at Luxe Pavilion, 2nd level, Diamonds International Building, Portomaso, St Julian's STJ 4010, Malta. Vivaro Ltd is licensed and regulated by the UK Gambling Commission for provision of services to the United Kingdom (UKGC Account number 44662)"