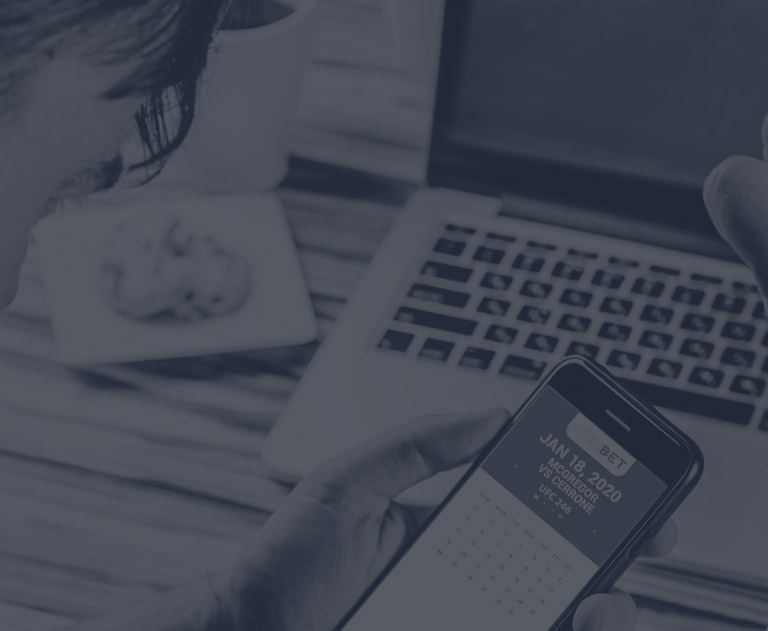 UNDERSTANDING THE UFC CALENDAR TO BET
(AND bet in time)

You want to bet on the best MMA events, but don’t know how the UFC calendar works. If you aren’t aware of how that’s a problem, this is the perfect guide for you. You’ll learn where you can keep yourself updated on the bouts, and much more.

As the most important MMA competition in the world, the Ultimate Fighting Championship hosts events you want to bet in. However, you might want to prepare your bankroll upfront to split your money accordingly. You can do that, knowing how the UFC calendar works.

Where can i find the
Complete UFC Calendar

Here at OhmBet UK, you can find a list of the UFC upcoming events. We not only mention them but analyse how the odds may work before and during the bout. By the way, each fight is named a “bout” in the UFC calendar.

Two or three weeks before the event, you get to learn more about the favourite and the underdog fighter. At the same time, you acknowledge the betting lines for that specific bout.

Also, if you like special prop UFC bets, you’ll know the ones prepared for the fight upfront. By following the previous link, you can learn more about what they are and how they work. That way, you’ll be twice as prepared as before.

The main difference between the standard bouts and those of championships is the number of rounds. While the first has three rounds during which you may bet, the championship UFC events have five. Here at OhmBet UK, you may bet live on the best possible markets.

Each round will last five minutes, and one minute separates one round from the other. In terms of strategy, a standard bet can also be different from a championship one. After all, you will have not only different markets but varying odds.

If you still aren’t sure how to bet on UFC events, that’s okay. Besides the UFC calendar and the possibility of betting, OhmBet UK offers a

However, you also can bet on the early fights of the night or on the preliminary fights. They will differ in terms of betting volume, but we advise giving them a try. You might find out that your personal strategy matches them better.

In terms of its calendar, UFC isn’t hard to understand, right? You already know where to find the UFC upcoming events and your betting possibilities within the UFC calendar.

How is an Event if the
UFC Calendar Split?

It’s a fighting and betting day and you want to understand the main difference between early, preliminary and main bouts. So, let’s detail them:

You'll most probably find three fights (rarely four), usually not featured and broadcast in some sports channels, mainly fightpass. Typically, it should last 45 minutes, enough time to keep you attentive while betting.

There are four (sometimes five) preliminary bouts before the main card. Again, each one should last around 15 minutes, giving you a total of 1 hour of fun and bets. There is some additional time for interviews, during which you can prepare yourself for the next bouts.

The highest-profile fighters are announced and fight in this section. It should have 5 fights, each one scheduled for 15 minutes (up to 25 for a championship fight). While it should last longer, finishes aren’t rare for these fights.

Therefore, you might want to consider prep bets a bit more than usual for these bouts of the UFC calendar.

When you visit the betting UFC/MMA events here at OhmBet UK, you’ll see a lot of possibilities. As a beginner, you might not have a specific strategy to be followed during the UFC upcoming events. Our hint is to explore as much as possible and try to develop it.

That means you shouldn’t be afraid of betting on both championship and standard UFC events. You already know how to gain knowledge ahead of the matches, and that’s a great advantage over other bettors. What you will do with that information is what can make you bet successfuly.