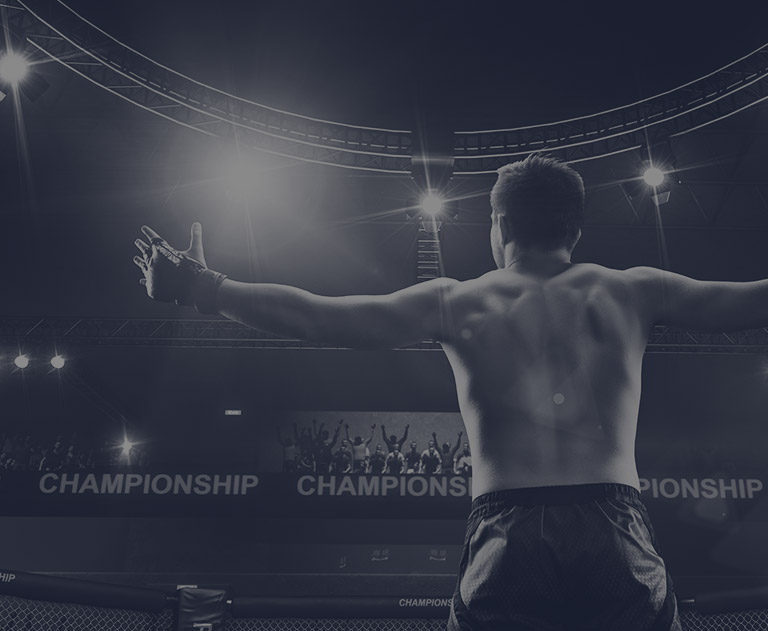 Mixed martial arts (MMA) is at an all-time high right now, with plenty of local and international organisations offering some of the best, if not the best, most exciting combat sports action on the planet. Thankfully, Ohmbet is here to deliver the best fight odds 24 hours a day, seven days a week, for various MMA promotions.

For its part, sports betting has been a staple for many combat sports fans. It offers them the chance to be part — in their own little way — of the action by placing bets according to their analyses, their preference, and to a certain extent their gut feel.

Indeed, sports betting nowadays — all the process behind it — has come far in terms of global awareness and participation, which is probably why it only looks to grow even further in the coming years. Below are just some of the highly anticipated MMA promotions and events fans look forward to wagering on Ohmbet.

Derived from the Latin word for “warrior,” Bellator MMA is one of the largest MMA companies in North America and features some of the who’s who of the sport. From pioneers like Fedor Emelianenko, Quinton “Rampage” Jackson, and Tito Ortiz, to current titleholders Ryan Bader, Douglas Lima, and Patricio “Pitbull” Freire, to women’s MMA standouts Cris Cyborg and Ilima-Lei Macfarlane, the organisation promises to deliver action all the time in every event.

Bellator MMA began promoting events in 2009, back when they were marketing themselves as “the Toughest Tournament in Sports” thanks to their exciting four- and/or eight-man tournament format. Since then, they’ve had hundreds of numbered events and have slowly penetrated the mainstream combat sports and sports betting audience.

Today, it looks to further cement its place in the annals of combat sports, making the aforementioned fighters, along with a number of other warriors, household names in the process. With this, it’s not so surprising to see how more and more avid sports bettors look forward to gamble on every Bellator event.

The Ultimate Fighting Championship has long been at the pinnacle of MMA. What started out as a frowned upon sporting event in the early 90s, evolved into a global pay-per-view spectacle watched by thousands if not millions all over the world.

As a way to reach the popular market and invite more casual combat sports fans, the MMA promotion began producing UFC Fight Night cards in the middle part of the 2000s, which are basically aired on free and cable television across the globe. These events set the stage to stardom for the likes of former two-division kingpin Conor McGregor, perennial contender Nate Diaz, and current UFC Heavyweight Champion Stipe Miocic, just to name a few.

UFC Fight Night also uses these as an opportunity to highlight pivotal matchups, showcase promotional debuts, and even hype up an international MMA audience. Additionally, many sports bettors see these fight cards as another avenue to exercise their vast knowledge on the sport and their pre-fight analysis.

Aside from numbered pay-per-views and the aforementioned Fight Night, the UFC also produces other special events. In hindsight, these cards are somewhat specifically catered to a certain type of audience ranging from men and women in uniform, to reality show buffs, to overseas MMA fans.

Some of the notable events include Fight for the Troops, which is the MMA promotion’s way of entertaining and supporting the US Military, the TUF Finales, which is the culmination of the company’s reality competition show, and their international showcase bouts. Despite not having championship fights, these special events normally feature a good mix of up-and-coming, established, and even legendary fighters fans should look out for.

A lot of sports bettors see this as an opportunity to broaden their understanding on the UFC, MMA as a whole, and its fighters. They can also study each combatant’s tendencies inside the cage, and perhaps try their hands on prop bets, which are basically bets that don’t directly affect the final outcome of a contest.

All in all, different MMA promotions and sports betting go hand in hand in such a way that they add another layer of excitement to their respective endeavours. As always, however, it’s of utmost importance to practice responsible betting and to adhere to all the terms and conditions of Ohmbet.

The Rise of International
MMA Promotions

Mixed martial arts, relatively, is at an all time high that fighters nowadays have more opportunities to strut their stuff and make a name for themselves. As a matter of fact, these avenues are not just limited to North American organisations, as there are plenty of other viable options around the globe.

One example would be ONE Championship, a Singapore-based combat sports promotion that’s slowly making its way to the consciousness of the rabid MMA fanbase in North America. It features a nice mix of veterans with the likes of Demetrious Johnson, Eddie Alvarez, and Brandon Vera, as well as regional stars such as Eduard Folayang, Angela Lee, and Aung La N Sang among others.

Cage Warriors is another international MMA organisation that’s making significant waves in the industry. It’s based in London, England, and is widely considered by many pundits as a breeding ground of some sort for future stars, taking into account how Michael Bisping, Dan Hardy, and even Conor McGregor have once called it home.

Last, but certainly not the least, is Polish MMA pioneer Konfrontacja Sztuk Walki, or simply KSW. Aside from having former rapper Waldemar Kasta as its ring announcer, the group is known by hardcore combat sports fans for jumpstarting the careers of Jan Blachowicz and Karolina Kowalkiewicz.

These promotions, in more ways, have also become synonymous to sports betting in their respective regions, as more and more people become aware of the organisation, its fighters, and all the exhilaration it brings to the table — just like their North American counterparts. It creates a favourable atmosphere, which in turn establishes mixed martial arts as a bona fide global sport.

All in all, different MMA promotions and sports betting go hand in hand in such a way that they add another layer of excitement to their respective endeavours. As always, however, it’s of utmost importance to practice responsible betting and to adhere to all the terms and conditions of Ohmbet.

"Ohmbet.co.uk is operated by Vivaro Limited, a company registered in Malta with registration number C45929 and having its registered address at Luxe Pavilion, 2nd level, Diamonds International Building, Portomaso, St Julian's STJ 4010, Malta. Vivaro Ltd is licensed and regulated by the UK Gambling Commission for provision of services to the United Kingdom (UKGC Account number 44662)"